What happens when emails are insecure or not encrypted?

Emails have been around nearly as long as the internet. Simple text messages sent back and forth via online platforms helped shape the internet when it was still embryonic and continues to serve as the backbone of the worldwide web even today.

Despite its age, this ubiquitous platform hasnâ€™t changed much over the years. It still relies on email addresses and simple text formats. Senders still sign off on their messages as if theyâ€™re letters. In some ways, these messages are even worse than the handcrafted letters of yore. Theyâ€™re less secure and easily intercepted. 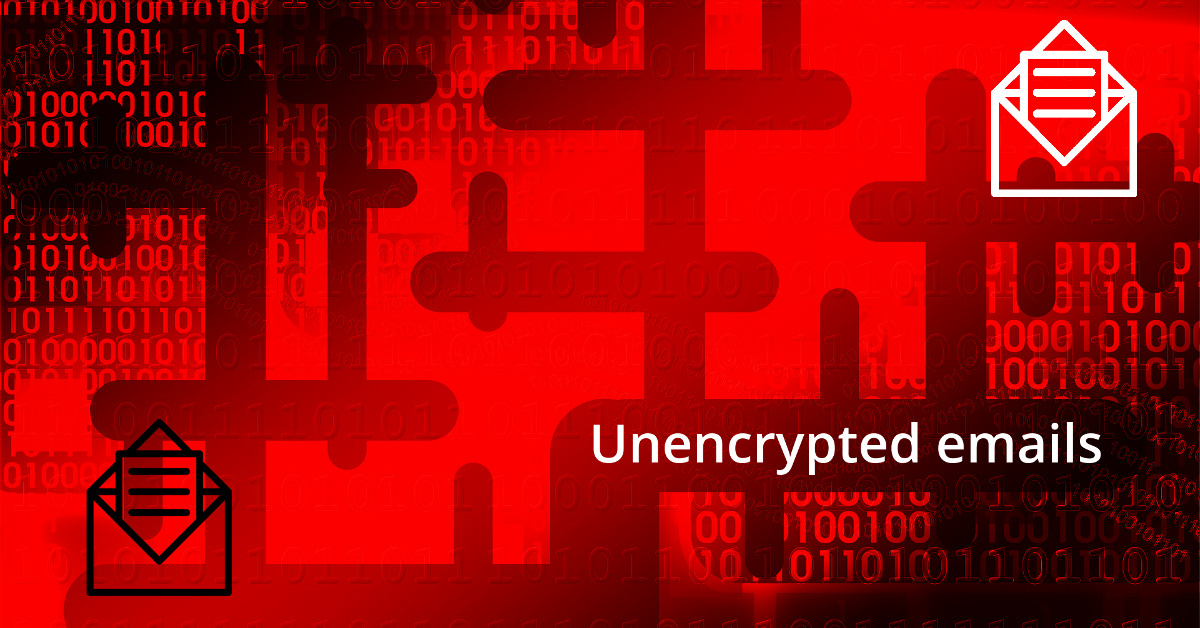 Almost all these messages are easily intercepted. Even Google admits emails are insecure, saying 40 to 50 percent of all emails are unsecured. Considering there are over 38 trillion emails sent across each year, this is a major security concern.

In fact, the security standard that governs online emails, Simple Mail Transfer Protocol (SMTP), has no built in security features at all. This means the default state of all email services is unencrypted and open to attack, putting crucial information at risk.

The Journey of an unencrypted email

According to some experts, unencrypted emails are vulnerable to attack at every stage from sender to receiver.

The journey of an unencrypted email is not as straightforward as most people would expect. Emails tend to bounce around multiple points on their way from point A to point B.

However, the most vulnerable leg of the journey of an unsecured email is at the receiverâ€™s end. The final destination is where most emails are compromised, according to security experts.

Itâ€™s clear that the journey an email goes through, from the first draft to the final recipient is different based on the level of encryption. While unencrypted messages are vulnerable at every step of the way, encryption from the clientâ€™s side could secure the email. Email providers who assure end-to-end encryption and secured datacenters can protect private communications.