Here’s Why Two-Factor Authentication Is So Important A recent joint study by the University of Maryland and Johns Hopkins University found that approximately 28% of people have never used Two-factor Authentication (2FA) on their smart devices.

Most of these people stated the inconvenience and privacy concerns associated with using this security measure as reasons for not adopting it. Some said they had negative experiences with it in the past, and a few claimed to see no value in the security measure.

The researchers of the study concluded that a lack of information was the root cause of this lack in adoption. 64% of survey respondents agreed that they had never used 2FA because they had either never heard of it, ot never been prompted to use it.

This study makes it clear that 2FA is relatively a misunderstood and underappreciated security tool.
Here’s why this simple tool is so crucial and why not adopting the measure could be dangerous:

More than one factor

Two-Factor Authentication (2FA) is sometimes called multiple factor authentication. In simple terms, it adds an extra layer of security to every online platform you access. The first layer is generally a combination of a username and password. Adding one more step of authenticating your identity makes it harder for an attacker to access your data.

This drastically reduces the chances of fraud, data loss, or identity theft.

Most 2FA systems are designed to ascertain one of three factors 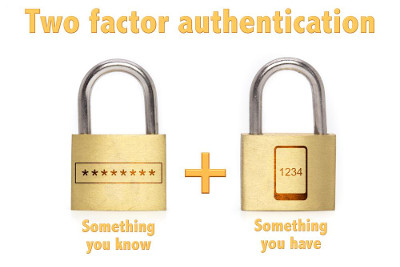 The second layer could ask for the name of your cat, a secret code sent to your phone, or a fingerprint scan. Or, it can include combination of more than one or even all three of them. That’s the reason for calling it sometimes multiple factor authentication.

Regardless of the nature of the second layer, it serves as a vital barrier to your account.

Why is it important?

Passwords have been the mainstream form of authentication since the start of the digital revolution. But, this security measure is far from infallible. Here are some worrying facts about this traditional security measure:

The vulnerability of passwords is the main reason for requiring and using 2FA.

Corporations and individuals with sensitive data may need a comprehensive service that locks everything behind multiple layers of security. That is why Secure Swiss Data offers impenetrable protection for all your email communication.

Every byte of data stored on our platform is encrypted and locked away in a Swiss server farm. The data is accessible online, but to ensure you, and you alone, are able to access it. Integrating all your data and communications under a single, secure platform allows us to secure it appropriately and allows you to access it without hassle.